A friend from the Middle East once told me that he couldn’t wait to visit the United States. When I asked him where he wanted to go specifically, he looked at me quizzically and said, “New York City, where else?” as if the answer was obvious.

It might sound like a funny exchange, but Americans are guilty of the same preconceptions. As far as the United Arab Emirates (UAE) are concerned, Dubai and Abu Dhabi are New York City. They’re the glittering letters on the Broadway marquee that grab all the attention. Given the popularity and notoriety of these two emirates, it’s easy to forget that there are five others with attractions that outshine their more popular neighbors. From Fujairah’s white sand beaches to the longest zipline in the world in Ras al Khaimah, these emirates aren’t as opulent as Dubai, but they’re equally worth visiting. 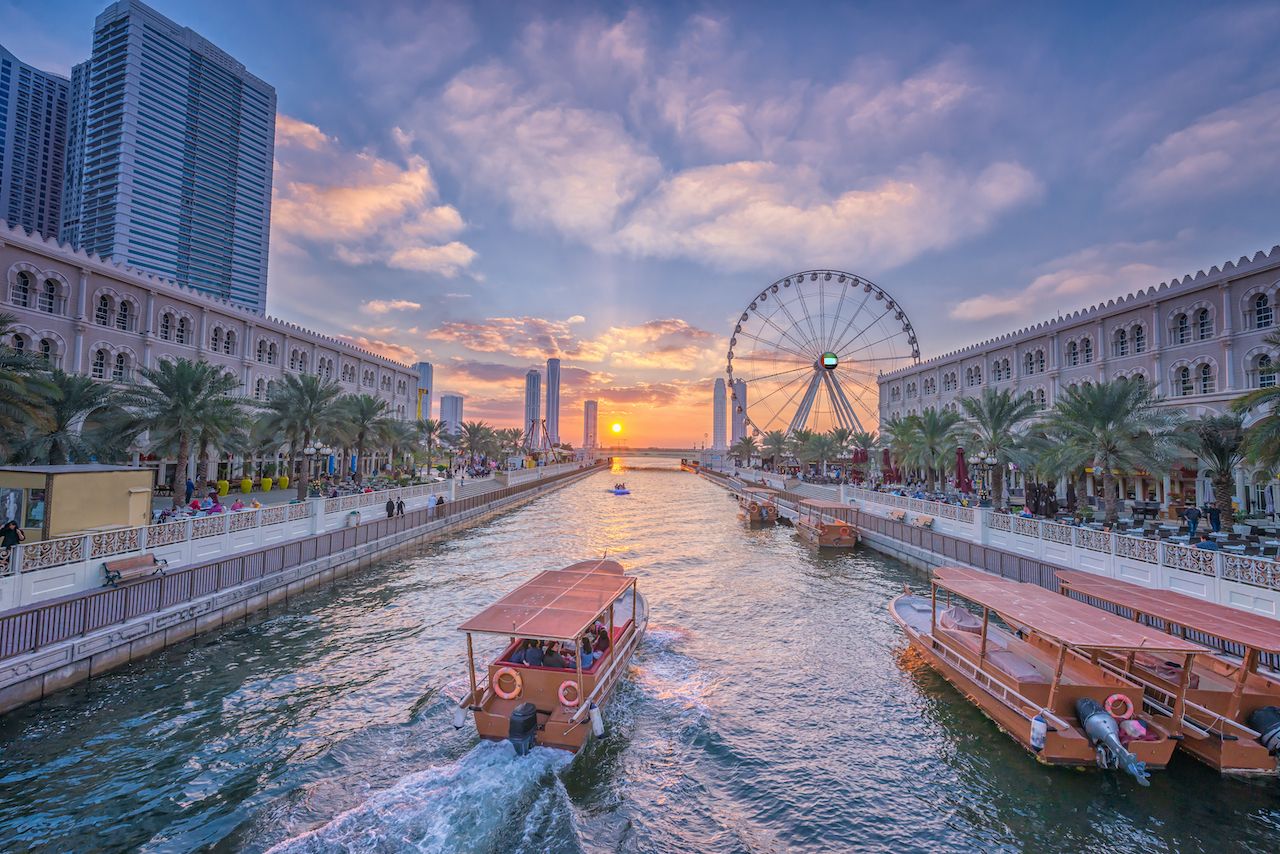 If we rewind 40 years, travelers to the UAE would have made Sharjah their first stop. Decades ago, Sharjah was the region’s biggest tourist attraction, until Sheikh al-Qasimi decided that limiting Western influence was in the best interest of his people and turned Sharjah into a dry state with strict sharia laws. Now, although Sharjah is technically a dry emirate, the neighboring emirate of Ajman does not have an alcohol prohibition. The border between the two emirates runs right through the center of Sharjah City, so a cocktail is just a quick walk away.

Sharjah has some of the best cultural offerings in the Gulf. The Sharjah Art Museum is the largest art gallery in the region, and the Heart of Sharjah heritage center is an immersive way to step back in time by walking through preserved streets, and see ramparts, courtyards and traditional architecture. You can also see traditional dhous from Iran — Arab sailing vessels — floating in the harbor, just as they have done for thousands of years.

If Dubai is New York City, Fujairah is Miami. Formerly part of Sharjah, it gained independence in 1952 and is separated from neighboring emirates by the Hajar mountains. It’s the only emirate that doesn’t have access to the Persian Gulf, but its beaches on the coast of the Gulf of Oman have turned it into a beach resort destination. Al Aqah Beach, one of Fujairah’s most popular beaches, abuts the border of Musandam, an Omani exclave, and gives sunbathers views of the area’s mountainous landscape and fjord-like coastline.

Fujairah is also famous for its forts. Fujairah Fort, built in 1670, is the oldest fort in the UAE, previously serving as a home for the ruling family. Visiting the fort and its surroundings, you can see restored old houses, exhibits about traditional Arab life, and a display of the old irrigation system used by Emirati farmers. Bithnah Fort dates back to 1735 and was considered integral to the defense of the eastern UAE. From the ramparts, you’ll have a stunning view of the countryside and mountains.

For a completely opposite vibe from the emirate’s beaches, you can visit its mountain wadis — dry riverbeds that only contain water after heavy rain. Exploring the Hajar Mountains, you’ll find Wadi Siji, Wadi Saham, Wadi Al Taiwan, and Wadi Maidaq. One of the most popular ways to see the wadis is by “wadi-bashing” — four-wheeling through the dry riverbeds.

The northernmost emirate, Ras al Khaimah has evolved from its status as a small fishing community. Increasingly attractive to tourists, the emirate has become a base for outdoor adventurers looking to take advantage of the rugged landscape of the Hajar Mountains. Although now Ras al Khaimah is quite modern, you can still get a taste of its simpler roots by visiting the ruins of Jazirat al-Harma, about 12 miles south of Ras al Khaimah city. Although the village has been abandoned since the 1960s, you can still see the traditional coral-block architecture and get a sense of what life was like for the pearl fishermen who lived there.

Usually Dubai is known as the emirate of superlatives, but Ras al Khaimah is home to the world’s longest zipline. The Jebel Jais flight spans 1.7 miles across a dramatic canyon and allows zipliners to travel up to 74.5 miles per hour. One of the most unique elements of the experience is landing on the halfway platform, which is suspended in midair.

Since you’re in the desert, chances are you’ll probably want to cool off at some point. Khatt Springs southeast of Ras al Khaimah city is a collection of mineral-rich pools, whose water is thought to have restorative and therapeutic properties. Surrounded by an oasis with palm trees, you might be fooled into thinking that you’re bathing in a mirage.

Although one of the smaller emirates, Ajman combines a little bit of everything that makes the other emirates special. It’s also a great place to relax and dip your toes into Arab history without the hassle of crowds. Ajman’s most important cultural offering is the Ajman Museum, built in the old 18th century Ajman Fort. Wildlife enthusiasts can see pink flamingos and 60 other bird species at the Al Zorah Nature Reserve, and further connect with nature by hiking one of the trails through the Hajar Mountains, or going quad biking in the desert. If you’re looking for a more laid back vacation, don’t worry: Ajman also has several beaches available to guests of the resorts, most notably the Kempinski Hotel Ajman.

The smallest emirate, located between Ras al Khaimah and Ajman, Umm al Quwain spans just 308 square miles. This isn’t a big-things-come-in-small-packages situation. There’s not a ton to do in Umm al Quwain, but if you’re trying to check off all seven emirates, or have some extra time to pass through, you won’t be disappointed. Like Ajman, Umm al Quwain isn’t plagued by hordes of tourists, so it feels more authentic and relaxing than a trip to Dubai or Abu Dhabi. Visit the Al-Dour Port, an old trading site now featuring a small temple and fort, or check out the islands on the eastern part of the mainland’s peninsula. Jazriat al Ghallah, Al Chewria, Al Harmala, Al Qaram, and the other islands are home to birds and marine life that are well worth the detour. For an adrenaline rush, you can even visit the Emirates Motorplex, where you can rent a motorbike or quad bike to rip around the desert.

The post 5 emirates you should visit that aren’t Dubai or Abu Dhabi appeared first on Matador Network.